People of Colour and Females in Comics 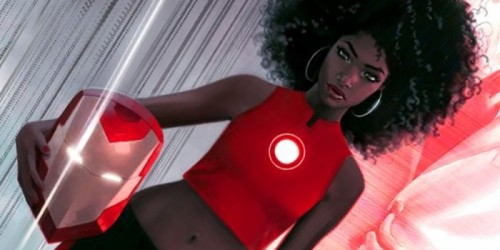 People are always saying “Well, if they want more people of colour or female characters in comics why don’t they just make them?” and the answer is very simple; money.

A lot of money is invested into new comics and many new comics end up folding within the first few years. Add to that the fact that there are much fewer POC/female characters and that many comic readers may not choose to take a chance on an unknown character/franchise. A great way around this is to introduce new characters in already established series.

In television this is known as a ‘back-door’ pilot. Ever notice how every new CSI, NCIS, Law and Order, Criminal Minds etc. show is always first introduced in the previous series? That’s so that the audience can develop a rapport with the new characters in a setting they are familiar with and decide if the new series is something they feel they can invest their time in.

Adding new characters to an already established franchise gives readers a chance to be exposed to characters they may not have thought of checking out before. We all know that at the end of the day Pete is going to be Spidey again (he is), Thor will once again be worthy and Tony will strap on the armor eventually but while we wait we get to be introduced to these whole new characters with stories and personalities and adventures of their own. When they eventually pass the torch back they will step out of their predecessors shadows and make new names for themselves as their own independent characters, hopefully bringing a whole slew of fans along with them.

Eventually, once POC and female characters become more mainstream there will be no need to have them temporarily step into other heroes’ shoes because there will be enough of a fan base and therefore a market to make them profitable on their own. Which is something worth looking forward to.

*I first wrote this as a response to a Nerdist post and decided to repost it here.

Comments Off on People of Colour and Females in Comics